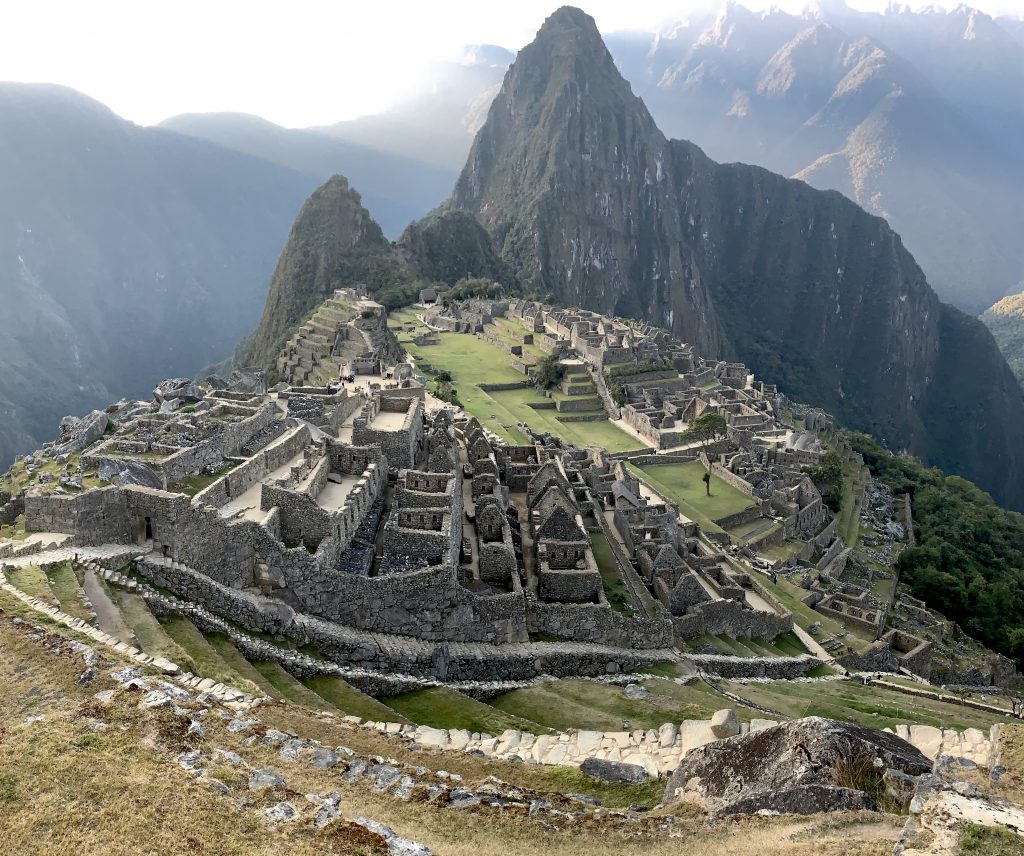 Eloj met a shaman several years ago who told him that he would work with lots of international people and that people would ask for him. The shaman had a “deck” of coca leaves that he laid out and read three times, each turn revealing another detail. Eloj didn’t understand the message and he brushed it off, he had been a history teacher for 20 years. Eloj’s wife was a tour guide where they lived in Cusco, Peru and one day she asked for his help. She had a group that was too big to handle on her own. At the end of the tour everyone thanked him and clapped, which made him feel good. His wife said, “you have to go back to school and learn more, you’re going to do this.”

Eventually Eloj changed careers and he too become a tour guide. He loves meeting people and he has friends from all over the world. Later when he remembered the shaman’s prediction it all made sense. Eloj is a strong believer in the coca leaves.

Coca leaves are in fact the raw material for cocaine. They’re illegal everywhere in the world except for a handful of South American countries where they’re grown. Visitors to Peru—particularly the Cusco/Sacred Valley region—appreciate their potency to reduce altitude sickness, which can hit you pretty hard with headaches, dizziness, nausea, and shortness of breath. Restaurants, hotels, supermarkets, and street vendors all sell coca tea, coca candies, and baggies of dried coca leaves that people roll into the side of their mouth and chew throughout the day. Coca leaves aren’t considered a drug but a valuable medicinal elixir, and they won’t get you high. I drank the tea daily and ate the candy in the weeks prior to, and during, my time in Cusco hoping for the protective benefits.

The Andes people revere coca leaves for their spiritual powers as much as their healing properties. In traditional Andean ceremonies coca leaves are a conduit between man and spirit.

In two separate conversations, I mentioned to Eloj and Juan Carlos, a spiritual energy healer from Peru, that I was going to Machu Picchu. Both men were emphatic that it’s a special place and claimed to feel strong energy there. They suggested that I could connect with the spirit of the coca leaf and do my own ceremony in one of the temples. It seemed simple enough—start by offering gratitude to Pachamama (Mother Earth) and set my intention. From a place of inner calm, blow on three coca leaves three times and then hold them to the sky. After spending a few minutes with the leaves offer them to Pachamama by throwing them into the wind.

My offering to Pachamama

My interest in Machu Picchu was its historic and archeological significance but after those conversations I was intrigued with the idea of “feeling” the place. Exploring the site at my own pace, I let curiosity guide me onto different paths. Slowly and deliberately I placed my hands on the stones and noticed different sensory experiences from the many textures, shapes, and temperature. Maybe there was energy here.

With coca leaves in my pocket, my plan was to have fun with the idea of a private ceremony and I was not relying on any specific outcome. When I got to the Temple of the Condor I knew that was the spot. It was crowded but I closed my eyes, got into my zone, and performed my little ritual. I stood there for a minute afterward, and then it was over.

Feeling a little disappointed that I didn’t get an energy surge I walked on the path outside the temple. All of a sudden I felt a cool wind that stopped me in my tracks. That was the energy and I knew it immediately. It was very hot in the open sun and Mother Earth sent a refreshing breeze. I stood there for several minutes with my eyes closed and arms outstretched, savoring it. I was completely present in that moment. A few tears came to my eyes and I felt utterly peaceful. 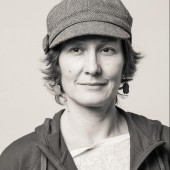 All stories by: Cyndie Burkhardt
Guardians of the Potato at Parque de la Papa
My Personal Curandera for a Day