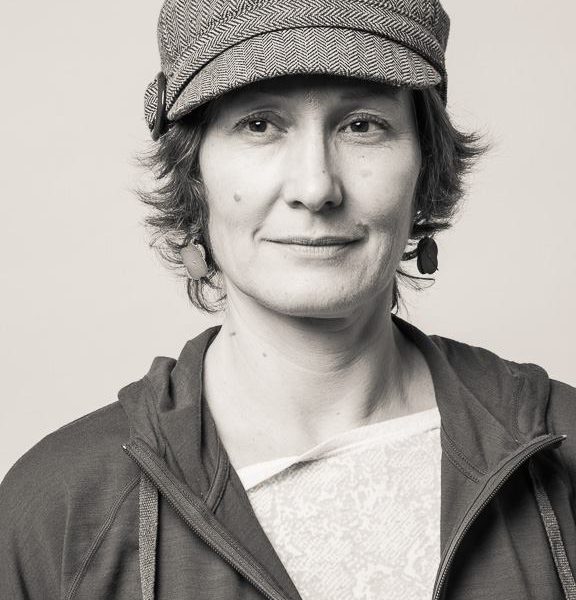 Growing up at the seashore, she swam in the ocean, rode her bike, and explored the outdoors with her brother. It was at University of the Arts, PA, where she majored in photography and graphic design, that she discovered a way to combine her appetite for life with artistic expression. This passion led her to pack her bags and roam the globe, with (film) camera in hand. She found that having a camera immersed her further into a place, especially when meeting people. Naturally inquisitive, she learned the most from talking to locals, seeing how they lived, and acknowledging the similarities and differences between people all over the world. Her visual travel documentaries of the Norwegian coast, China, Sicily, Israel, Cuba, and other places explore such nuances.

Burkhardt established a corporate career to learn the merits of business, starting in branding and design then moving into marketing and communications. With a well-established professional background, she re-focused on her artistic interests and took a creative sabbatical. In 2016, she graduated from International Center of Photography, NYC in the first class of its pioneering New Media Narratives program. It changed her idea about what it means to be an artist. Shifting from independent photographer to collaborative digital storyteller, new avenues opened up for work and projects.

The relationship between travel and connecting with others has been a long-standing interest for Burkhardt, driven by her own receptivity. It’s shaped her mindset about the power of travel to impact a person’s outlook on life—including perception, identity, tolerance, and engagement. She’s resolved to create multi-faceted work that has a global context where art not only gives voice to other cultures but encourages viewers to engage with those cultures. Sharing stories so that art becomes a conversation is her means of bringing people together and part of a socially-minded practice.

Burkhardt’s work has been in several group and solo exhibitions in China, Czech Republic, and the United States. She’s received numerous accolades including a photography grant that resulted in a “best-in-show” award early in her career. She helped co-curate Public, Private, Secret, the inaugural exhibition of ICP’s new museum opening on the Bowery in 2016, and she helped produce ICP Hack the Photo, the first-ever hackathon at ICP’s school, in 2016 and 2017.